Thanks for being with me!

Read my story below

Emma was thrown out of a car at only 8 days because her deformed snout, a serious birth defect, would not have allowed her to be a good work machine.

Thanks to the donations we received following a moving appeal and the success that her story had on the social media, we have been able to take care of her and allow her regain weight and strength.

Emma was operated on November 18 at the ZetaVet clinic, specializing in horses, in Transylvania. The intervention was coordinated by Dr. Palle Brink, a Danish doctor who operated several horses with this rare pathology.

A very difficult operation,  for which the young horse needed to be in good shape.

When Emma was found she only weighed 27 kg, but in these months, with our care, she reached 97 kg, the right weight to be able to undergo the operation.

One week away from the operating room, we can consider the operation a success. The condition of the foal is good, Emma is under antibiotic therapy and since a few days she has started to eat hay with appetite. She is still a bit weak but her mood is very good: every morning she welcomes the veterinarian Paula with a joyful nitrite!

So the prognosis is positive and we hope to take her home as soon as possible.

We are happy and moved, because the little girl has had a chance thanks to the support of all our donor friends.
It’s thanks to your love that Emma is now so well overtaking the post-op. Keep following her! 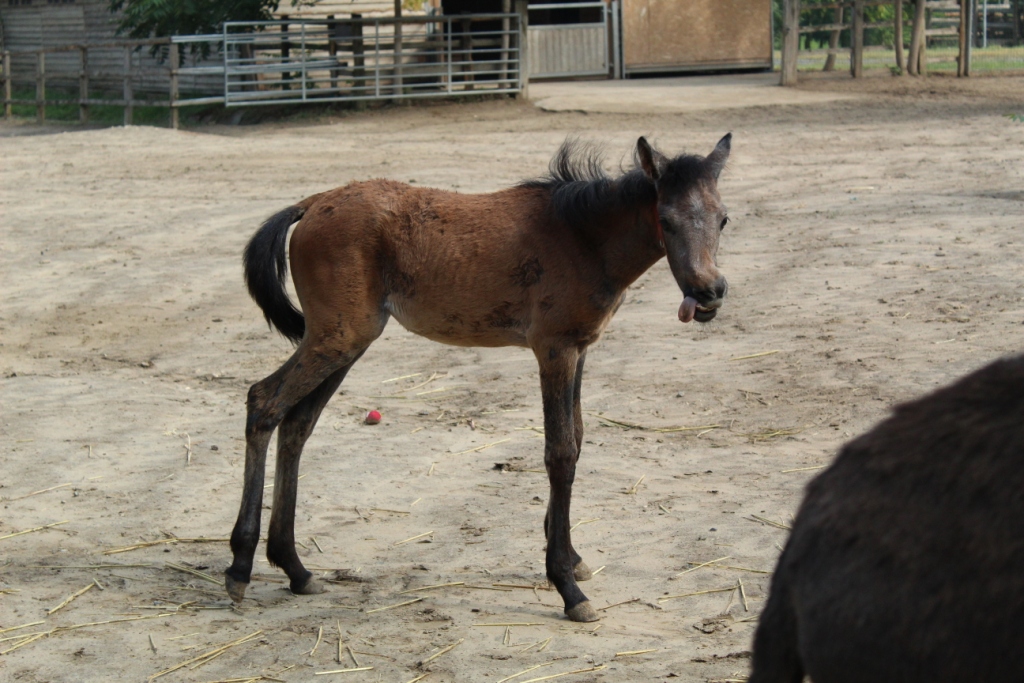 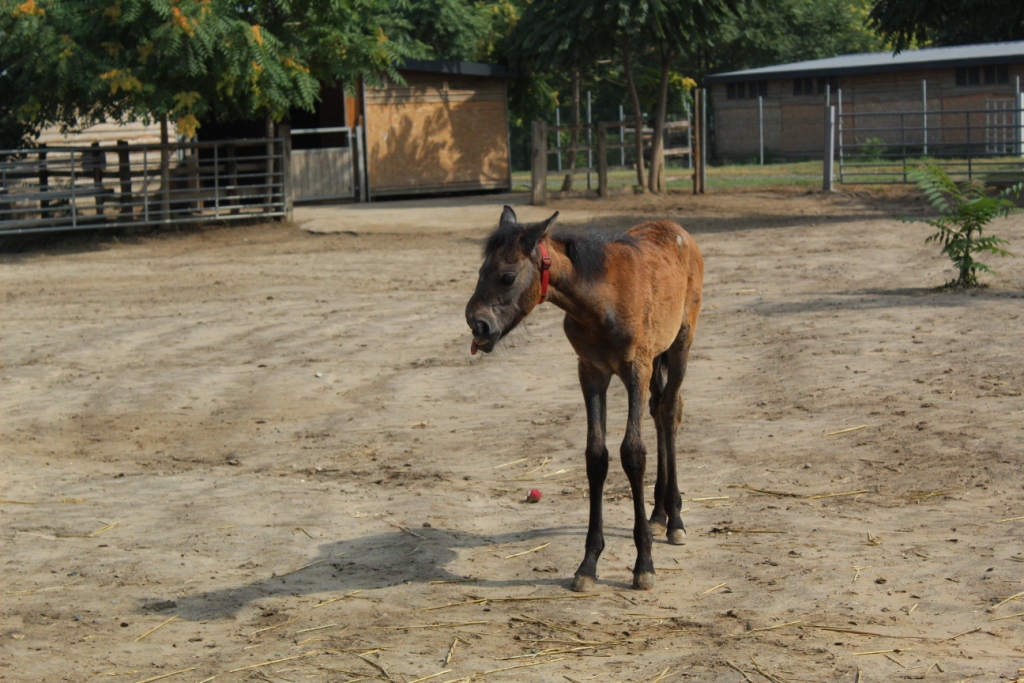 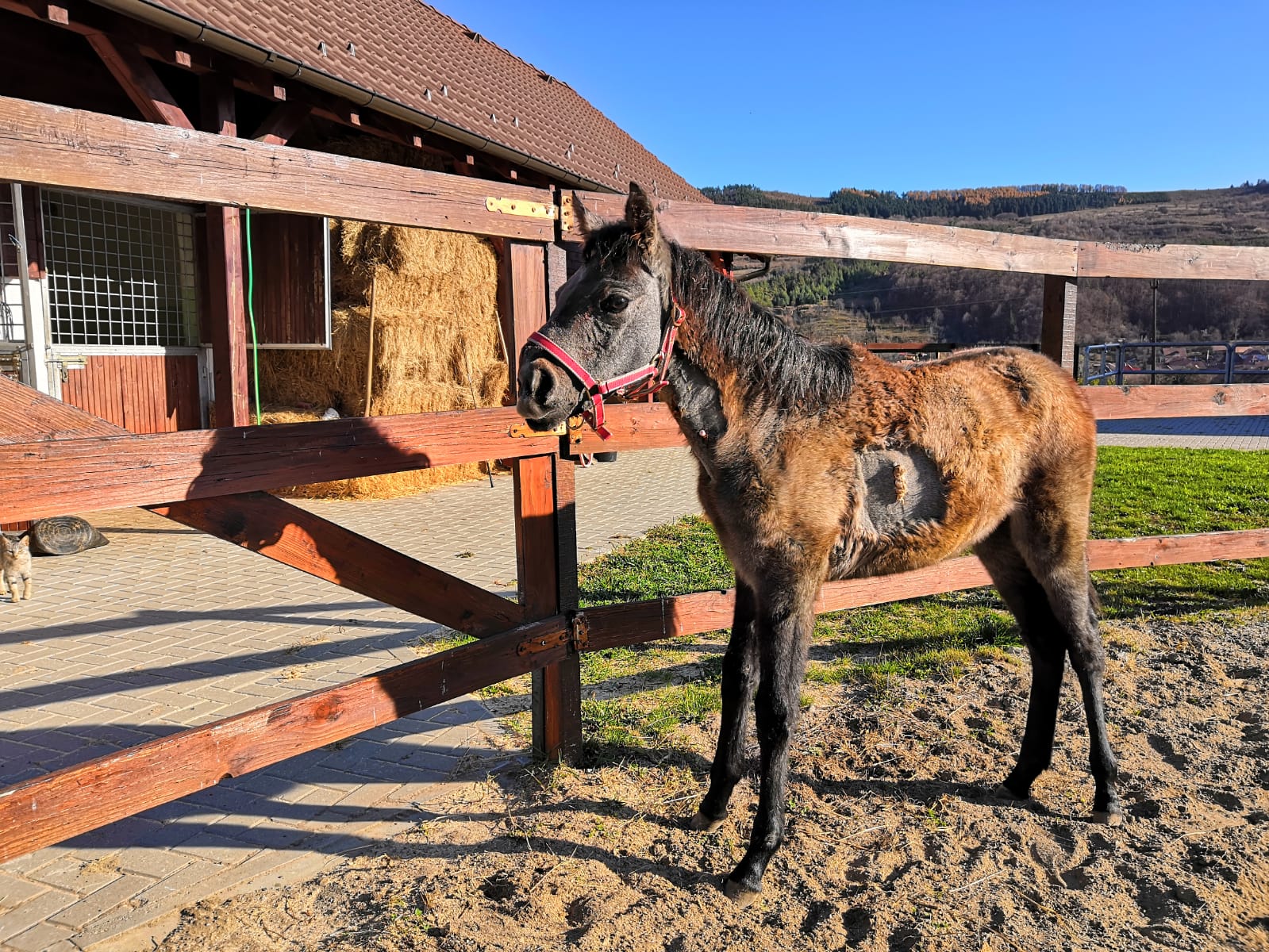 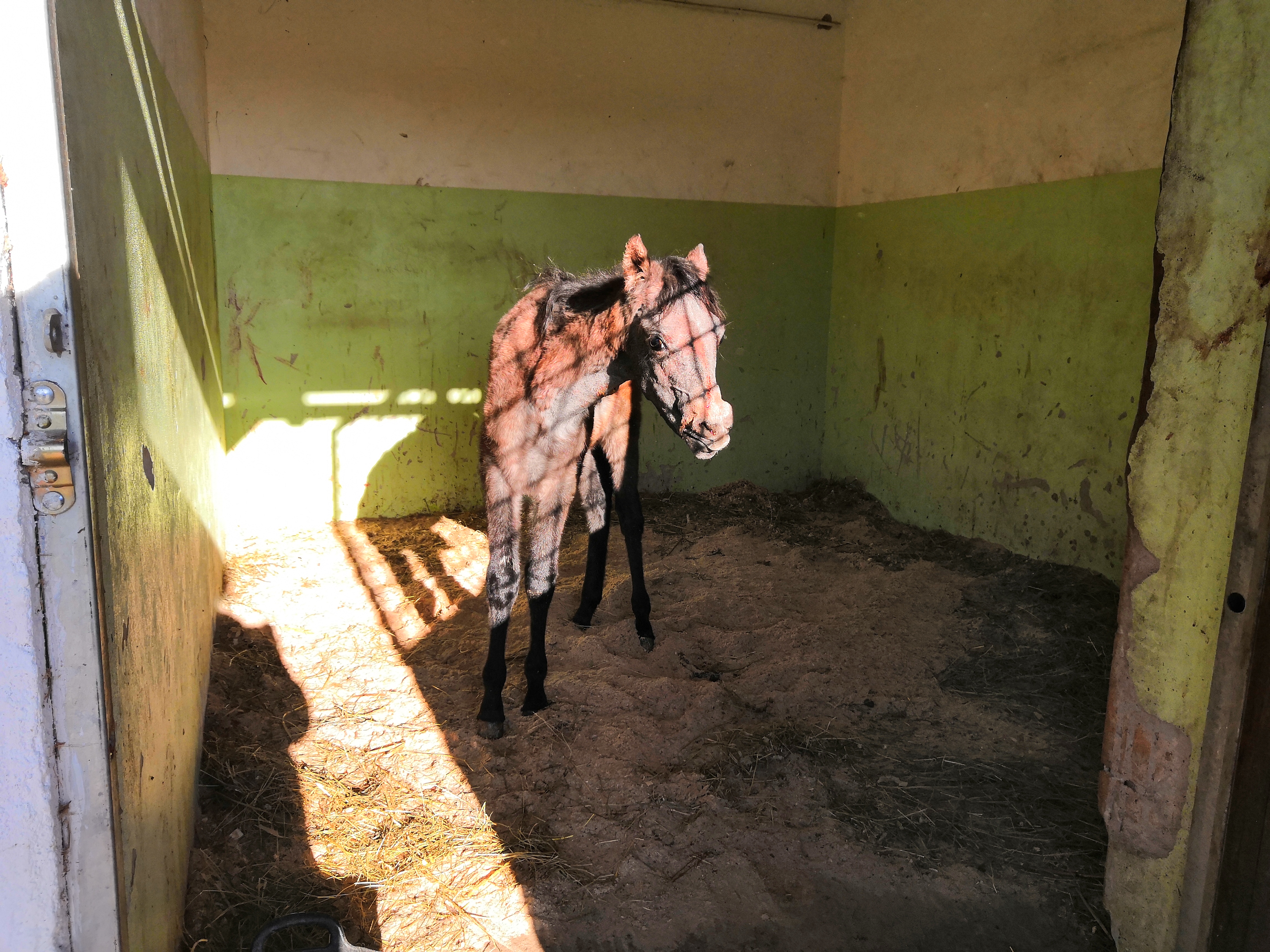 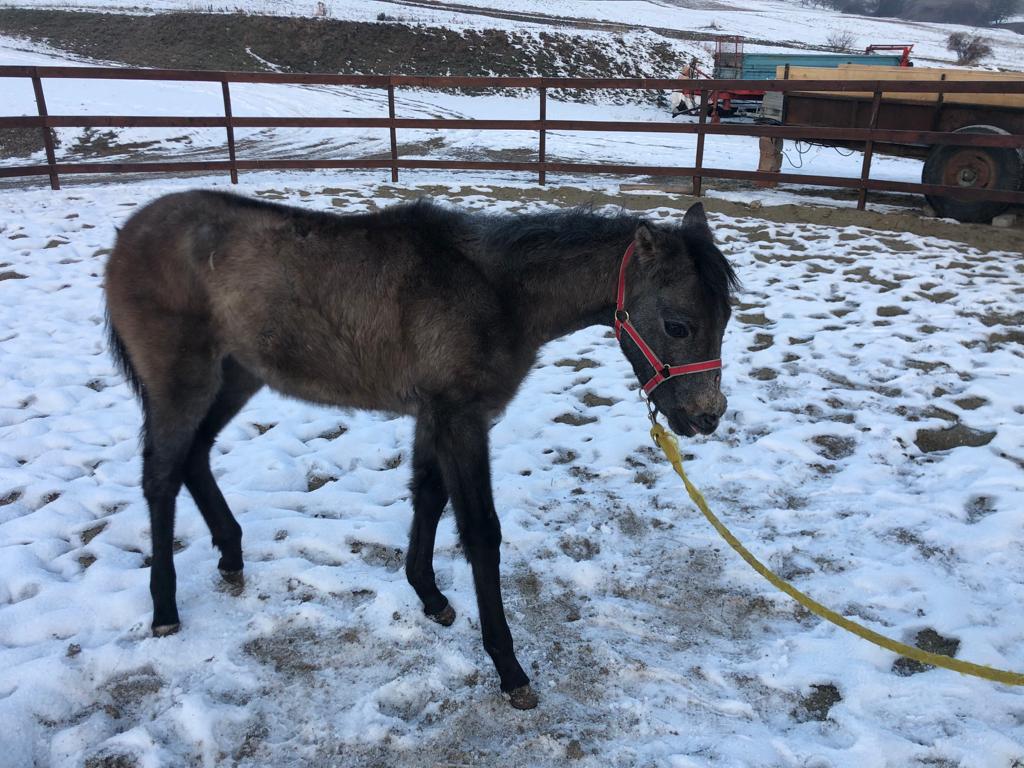 If you had seen me you would have helped me for sure! But you weren’t there, while I wandered lost on those huge streets as an eight days old little foal. My name is Emma and today I want to tell you my story. 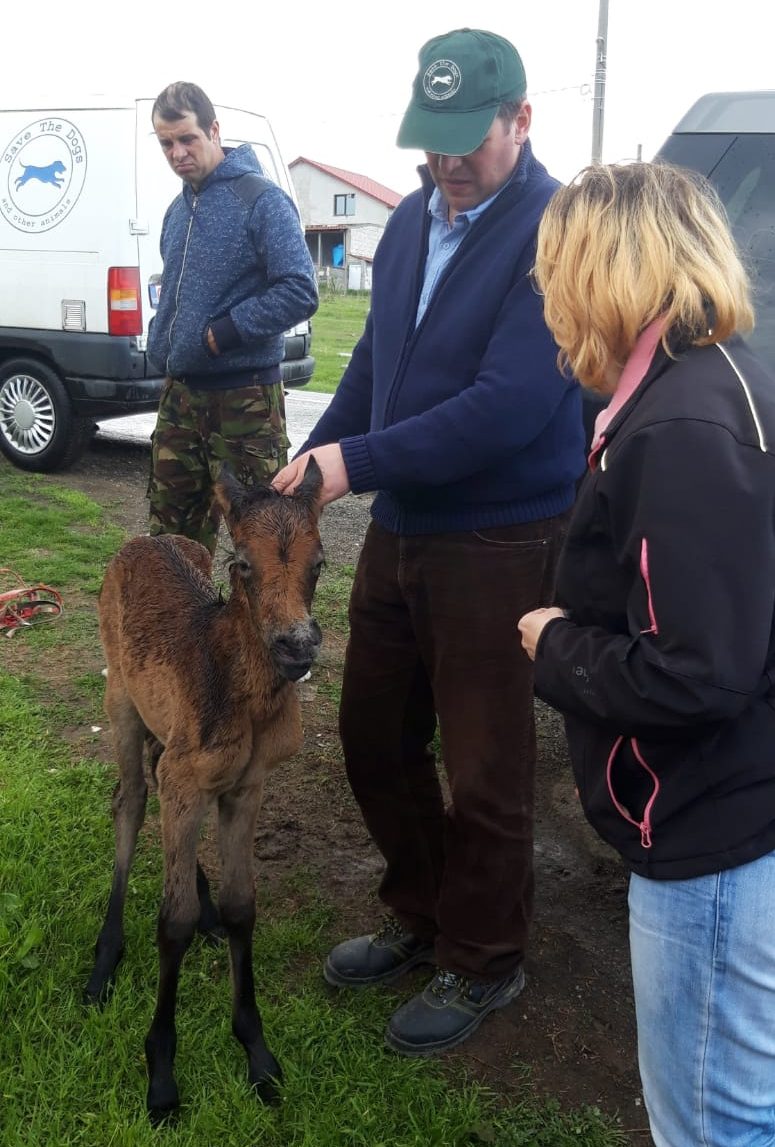 A few days ago my owner decided to get rid of me. I think he was convinced that because of my deformed muzzle, I could not become a strong and healthy mare, fit to pull the cart. He probably thought it was better to dump me somewhere.

I was only 8 days old when he took me away from my mom and loaded me in a car with two dogs that he used to keep on a chain in the yard with us. So he put us all on an old Dacia to take us away. Probably my owner didn’t want the neighbors to see him while he dumped us like three sacks along the way, so he took us to another village where nobody knew him. We were all three lost and terrified!

You surely would never have abandoned us. Then suddenly my two dog friends ran away looking for food and I found myself alone. I was very afraid. I wandered for a while on those muddy roads but nobody seemed to notice me. I was transparent. But then suddenly a car stopped: a gentleman got out of the car and came up to me, stroking me: finally someone who noticed me …!

Then other people also approached us and a girl even tried to give me milk with her hands, because she realized that I was so hungry. Then there was a heated discussion among the people around me: they didn’t know what to do with me. After a while, however, I heard that they were talking about an association that could possibly help me: I think it is called Save the Dogs and they found it by searching the phone (I don’t really know how they did it).

I listened and I realized that the local police were talking to a doctor, a woman named Roxana. Despite being 100 km from the place where we were, the association had decided to help me: at that moment I realized that maybe I would have ended up in good hands! So, after an hour, this lady doctor arrived, along with another veterinarian.

Looking at my crooked teeth he immediately understood from the incisors that I was only 8 days old and I heard that he was talking about a certain Gregor, another foal found abandoned a few months ago, but he was bigger than me at the time of his discovery …

So they put me on the van, making me lie on a soft blanket, and Roxana sat with me on the back, not to leave me alone. She realized that I missed my mother very much and that I was so scared. After an hour of travel we arrived in a beautiful place: a true paradise! It is called Footprints of Joy.

They made me a straw bed and immediately brought me a bottle of delicious milk.
Farther away, instead, a few meters from my stable, I hear neighing of other horses: I don’t know how many there are, but one in particular, that Gregor of which I had already heard, is very talkative and told me to be quiet, because here I’m safe.

He too was nursed for a long time last summer and had difficult moments (they had even put him on a drip from how much he was dehydrated, poor him), but now he has grown and he is very well.

My case, however, is a little bit more delicate: this crooked little face could create problems for me later, when my liquid food will become solid and I will have to start ruminating, and it is not clear if I will be able to chew properly forage. My future is still wrapped in uncertainty, but I know that YOU and Save the Dogs will do everything possible to help me grow despite this handicap that makes me so special. Thank you!