Everything starts with a yelp

It was very early that morning. Two workers had just arrived at Footprints of Joy to clean the boxes left free from the departures of the night before. Suddenly, in the silence, the sound of tires on the gravel and then a yelp.

Today we would like to tell you a story that repeats every day, and that always starts with a yelp.
It is that of a dog thrown off a car or a newborn puppy that will end its newly started life on the side of a road. It is the cry of a dog abandoned in front of our shelter, a sound that we know well, unfortunately.

It was very early that morning. Two workers had just arrived at Footprints of Joy to clean the boxes left free from the departures of the night before. Suddenly, in the silence, the sound of tires on the gravel and then a yelp.

Whoever does our same job and every day saves animals in desperate conditions, knows that in the terrible situations in which Save the Dogs operates, one out of two rescued dogs will probably die.

Often the puppies are so young that they still have the umbilical cord attached. With their eyes closed they search for the smell of their mother, now far away or maybe dead. Those of them who have a few days or weeks are often already ill, attacked by parasites if they are lucky, or by distemper and parvovirus in all the other cases.

We would like to be able to take you with us while driving through the streets of Licola Mare, together with our friends of the Association Oreste Zevola or in Cernavoda, with our Romanian staff. I am sure you imagine how we feel during those patrols, because it will also happen to you to come across a hungry dog and provide him with food and water.
Perhaps you too, like us, have tried to save the feeble life of an animal, felt all that responsibility and would have done anything to give a future to such an unfortunate creature.  In those situations, in Italy as in Romania, we know that every two puppies saved, one will probably die. But not today.

In fact, today we are not just telling you a story. Today, it is a day in which hope turns into a concrete possibility!

Yes, because today and until August 10th your donation is worth double!

We have always traveled the roads of Romania trying to never look away and now we do the same in the province of Naples.

That’s why until August 10 every donated euro will go to our Italian program and will be doubled by an animal-friendly foundation to also save a puppy in Romania.

In 16 years of work we have helped many, but we know that it’s you who really saved those lives, when you haven’t denied your help. That’s why once again we turn to you, because we would like you to save, today, the puppy that needs it most, the one that otherwise won’t make it.

The doubling of your donation will give more strength and resources to our work in all those desperate situations that require intensive veterinary assistance.

We cannot have you with us in Licola Mare or Cernavoda, so today we ask you to look at these dogs and give yourself the joy of knowing that your donation will save them both.

Don’t forget that your donation will only be doubled until August 10th. By that date we wish to collect 80,000 euros for the Italian and Romanian dogs.

Choose the amount to double and look happily at the eyes of those who, thanks to your help, have had their lives saved. 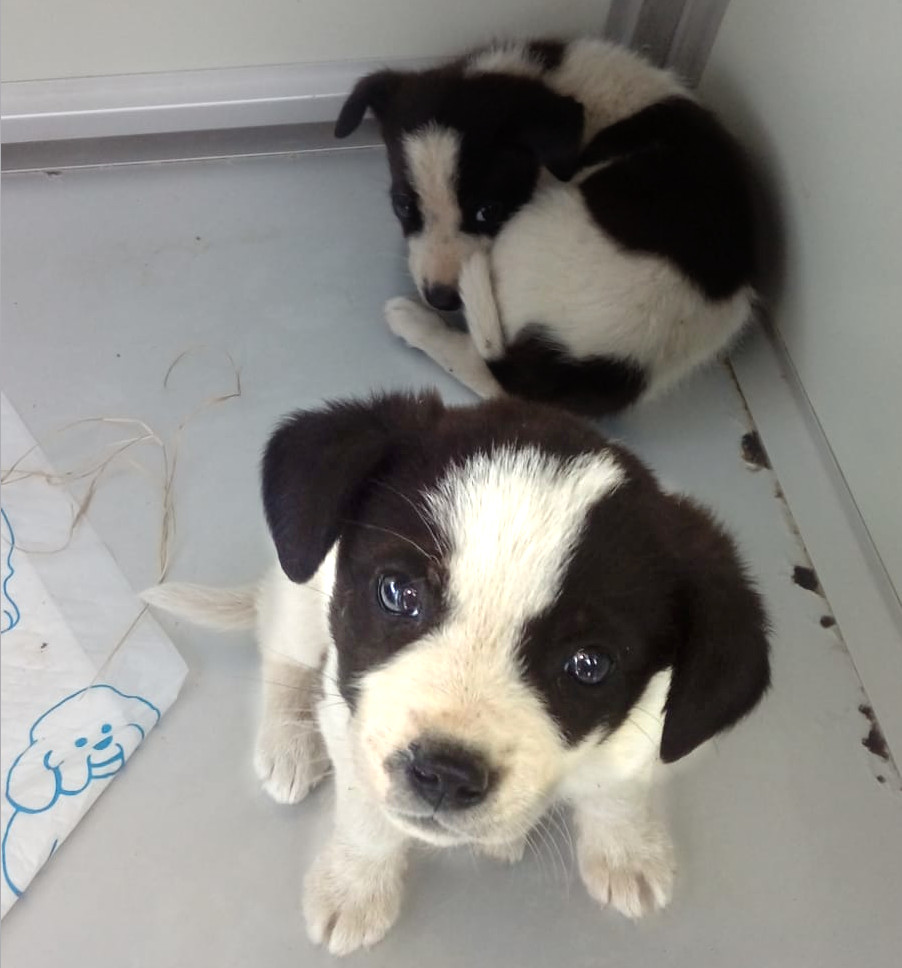 Yes! Today, you can save them both!