A story of love and friendship 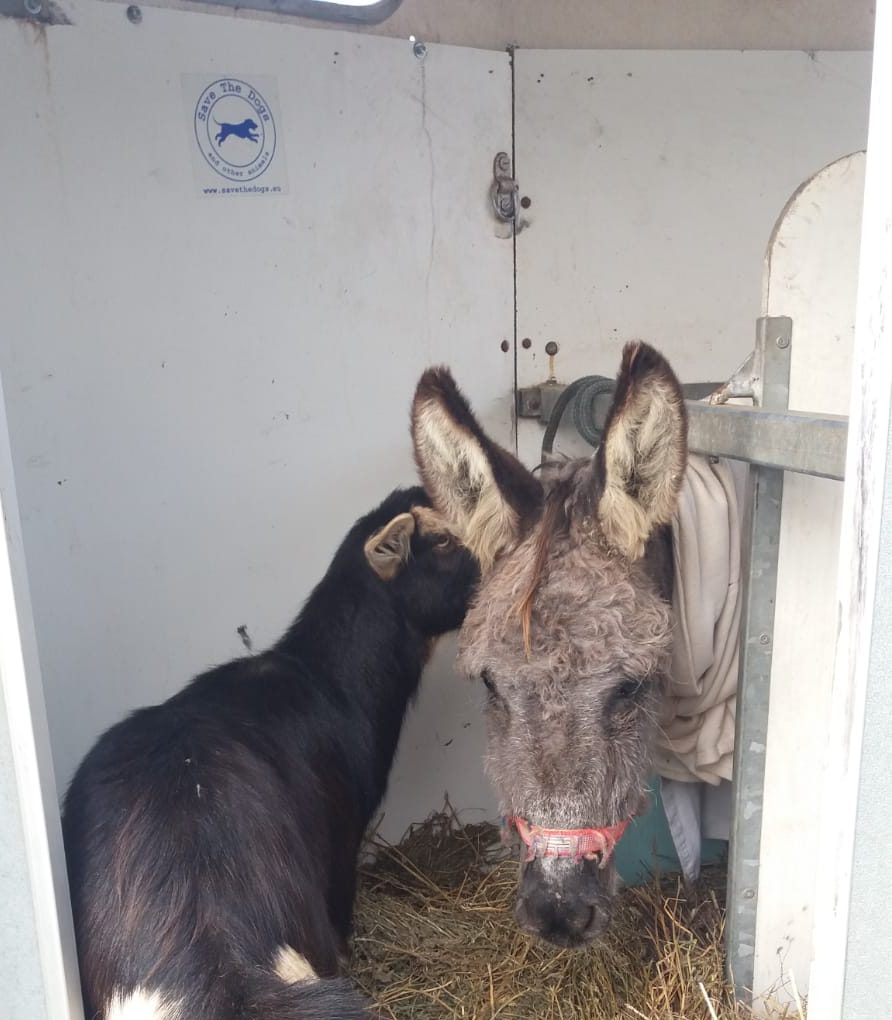 February is traditionally the month of love, and today we would like to celebrate this by telling you a very special tale.

It’s a love story for Valentine’s Day, but it’s also a story that will last a whole lifetime.

One that binds a donkey to the partner with whom she has chosen to share every day of the rest of her life.

Donkeys establish deep bonds with other animals, making relationships that last a lifetime and display a form of mutual care, protection and affection. 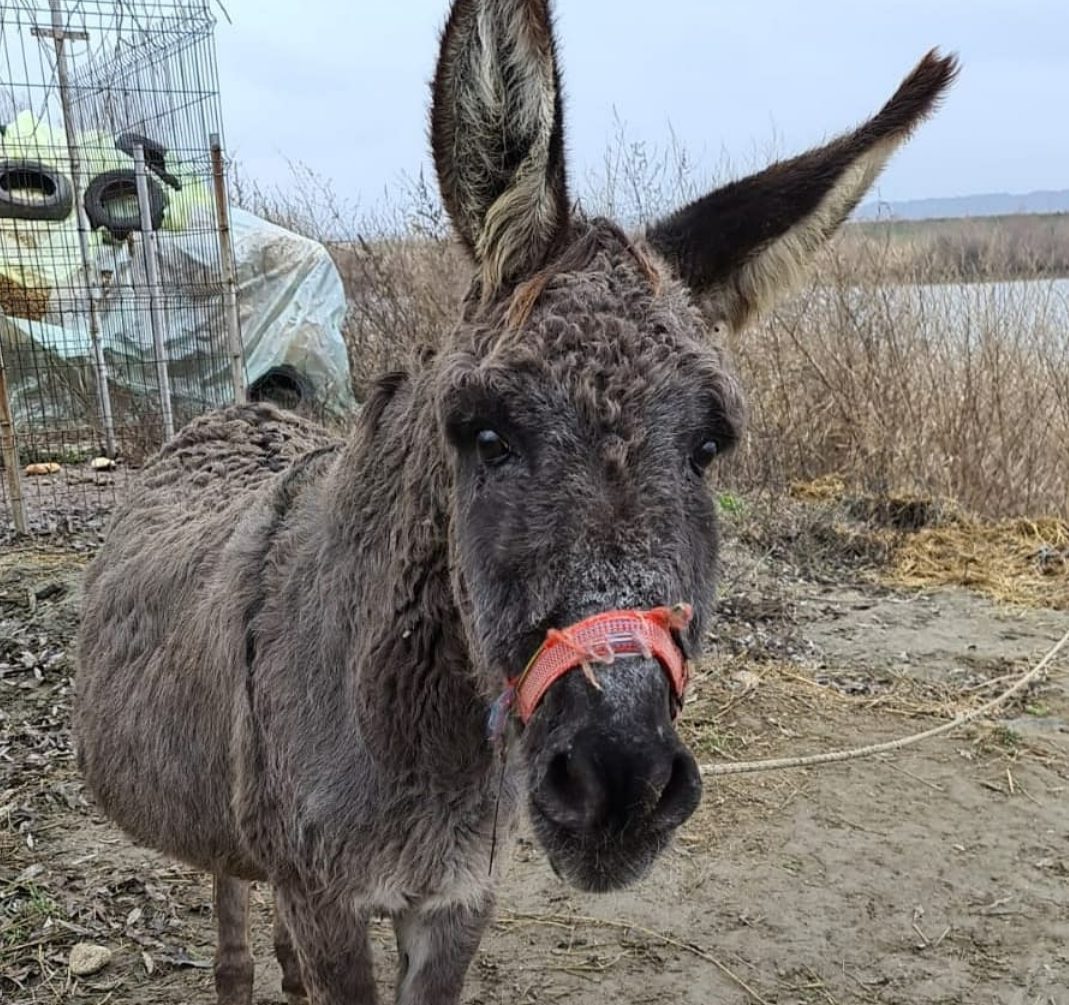 But the story we are going to tell you is truly extraordinary, because this indissoluble bond was formed between a young donkey named Carolina and … a goat called Michela!

When we were contacted by Carolina’s owner, an ailing man who could no longer take good care of his donkey, we did not hesitate for a moment and agreed to take her into our Footprints of Joy donkey shelter, in spite of the 600 km separating us. 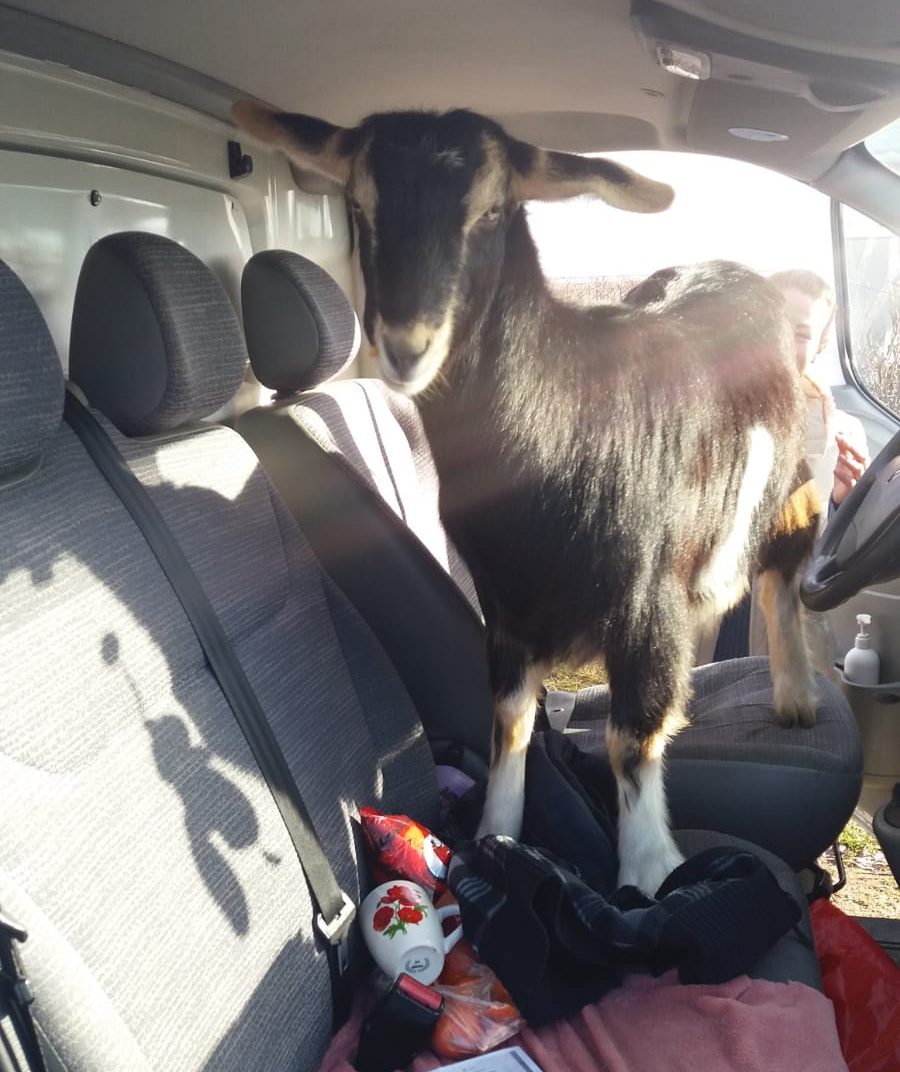 We went to collect Carolina in February, and with a certain degree of astonishment mixed with tenderness we realized that we could not make the transfer without also bringing along her inseparable friend Michela.

The determined little goat first climbed onto the trailer and then right onto the driver’s seat in the front! It became clear that Carolina wouldn’t be able to leave without her.

Being such a great love story, we do of course have to report a happy ending.

At the time of writing, our shelter is home to 61 donkeys plus the spirited goat Michela, who will be able to spend the rest of her life with her constant companion, Carolina.

Some sixty donkeys live with Carolina and Michela, most of whom have a history of having been abandoned or maltreated, and would most likely have starved to death or ended up in a slaughterhouse in Italy. The Save the Dogs shelter has been their one and only chance of salvation from a life of suffering or certain death.