The 1st Report on the chaining of dogs in Italy and elsewhere in the world was the result of a major study carried out by the non-profit start up Green Impact which – in collaboration with Save the Dogs – analyzed this practice from a legal and scientific point of view for the very first time. While most of us believe that keeping a dog on a chain should be prohibited, leafing through the Report it is evident that the reality is unfortunately quite different.

Each and every Italian region has been reviewed using a series of detailed infographics. The Report also examines other countries in Europe, including the outstanding positive examples of Austria and Sweden, two countries where – and not by chance – Save the Dogs has developed partnerships for its international adoption programs. 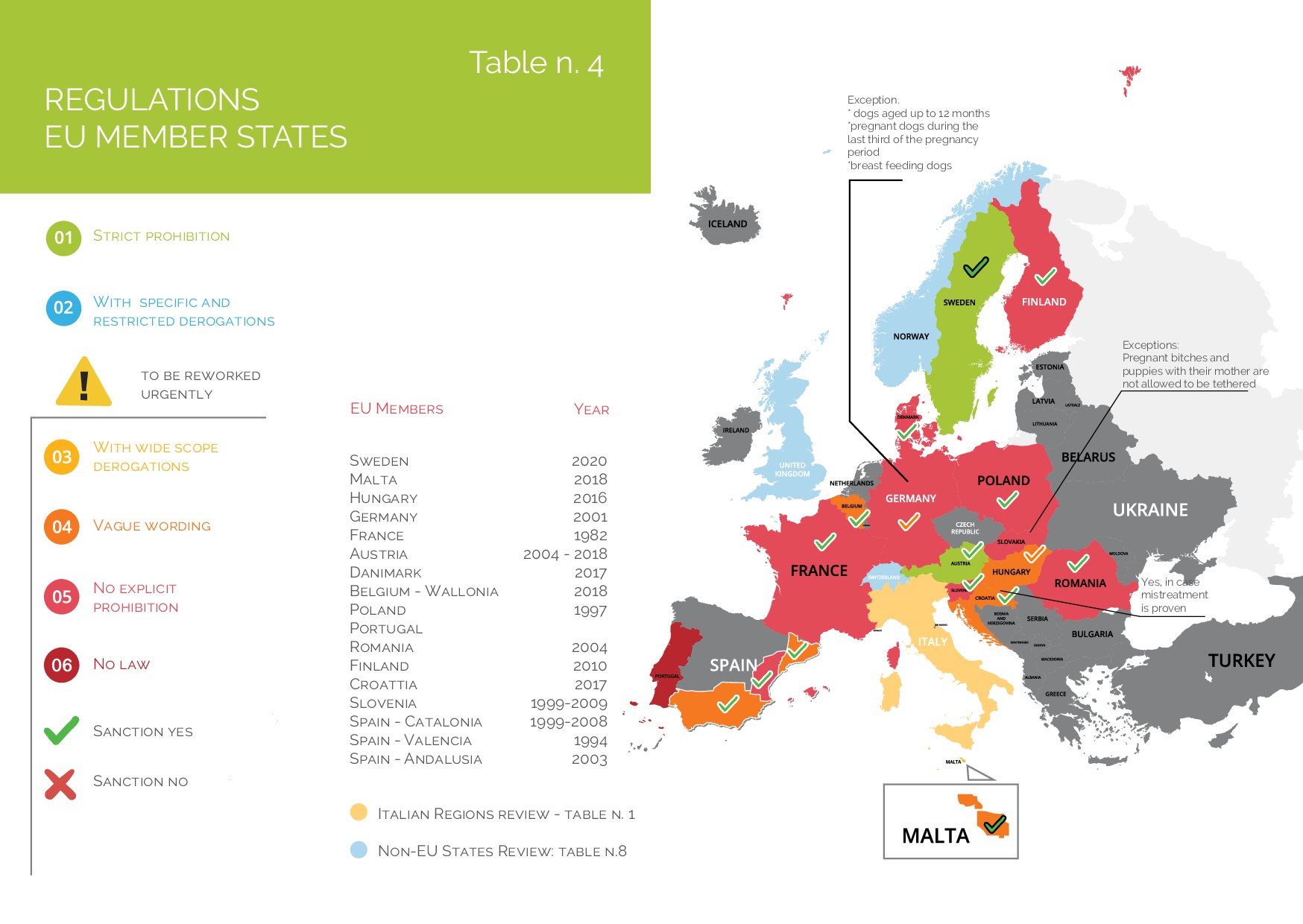 The Report is not limited to taking into consideration only legal aspects, but also deals with scientific ones, gathering together the opinions of authoritative experts who condemn the keeping of a dog on a chain from an ethological point of view, with everyone in agreement that it should be defined as a form of maltreatment that heavily impacts on the dogs’ state of well-being.

The Report is a powerful tool for supporting the authorities, police forces and non-profit organizations that are keen to investigate this issue, as well as hopefully being the first step towards banning the chaining of dogs in Italy and Europe.