The village of lost dogs in Ukraine

In countryside villages bombed by the Russian troops very few people have been able to stay behind to look after their animals. The majority of these are elderly people who were not able to leave or who have preferred to remain, given that they cannot take their farm animals with them or don’t have the strength to leave everything behind.

Prybuzke is one such place, and it was from this village that the plea first came from Giammarco Sicuro, an Italian RAI television reporter, who highlighted the dreadful suffering that animals are experiencing due to the conflict. The journalist reported: “What struck us most was the number of abandoned animals roaming about in ghost-like villages, where the houses have all been destroyed by artillery fire. Many people have died here, while those who were able to have fled their homes, obliged to leave their animals behind them. Only a few of the older villagers have stayed behind to look after the farm animals. There is no food to be found in the villages, and there is an urgent need to get help to feed the cats and dogs left wandering around the streets before it is too late”. 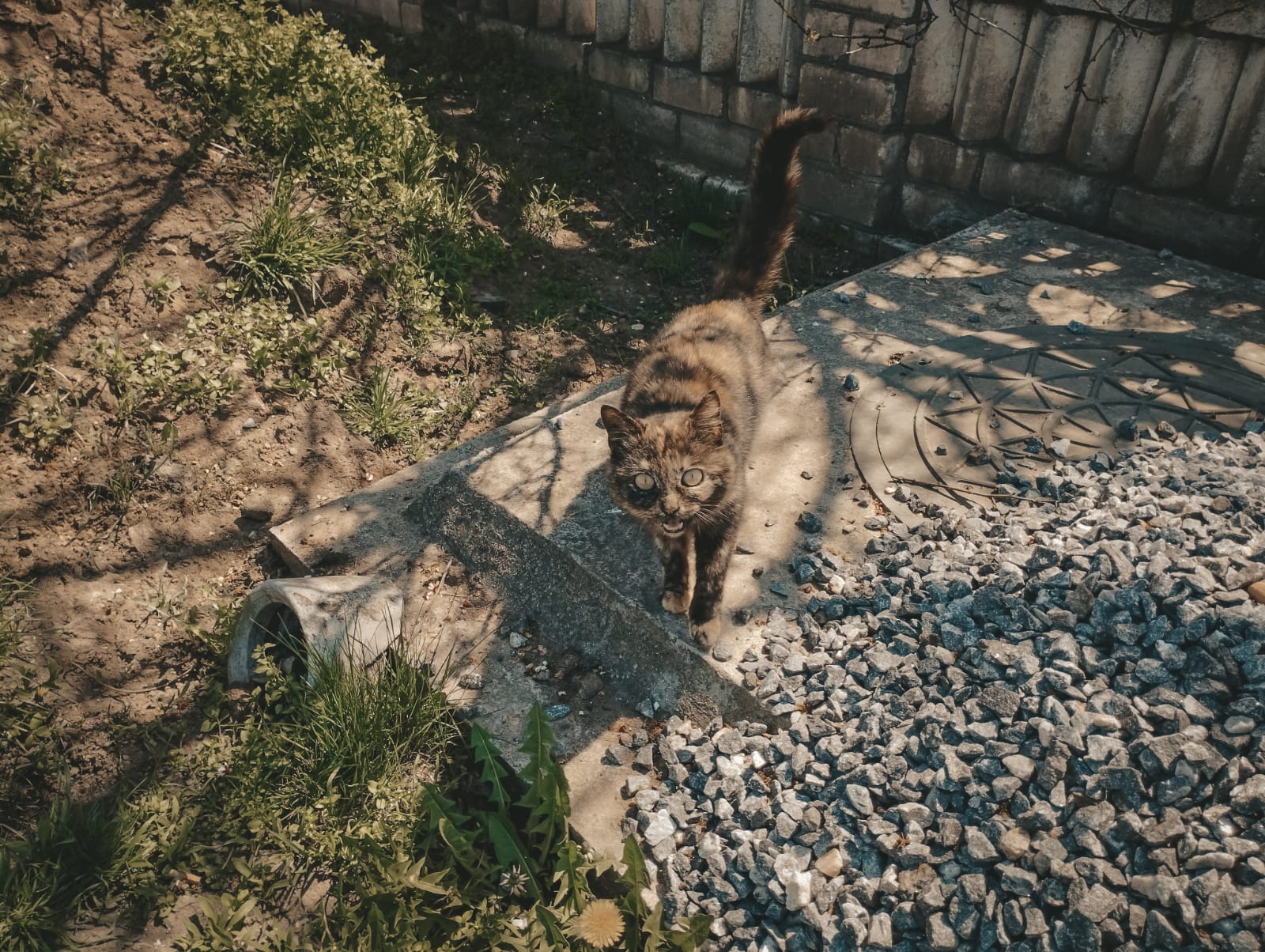 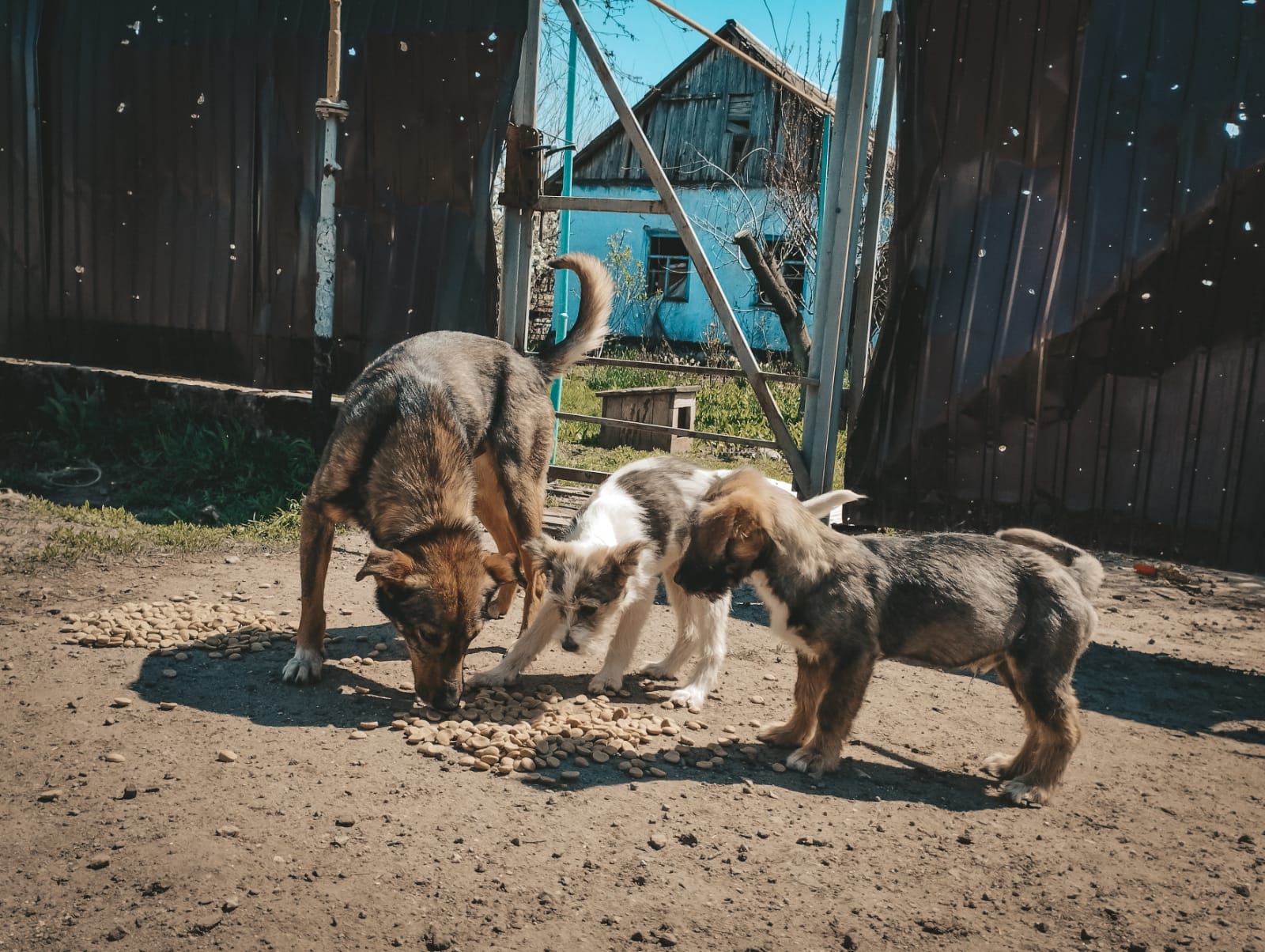 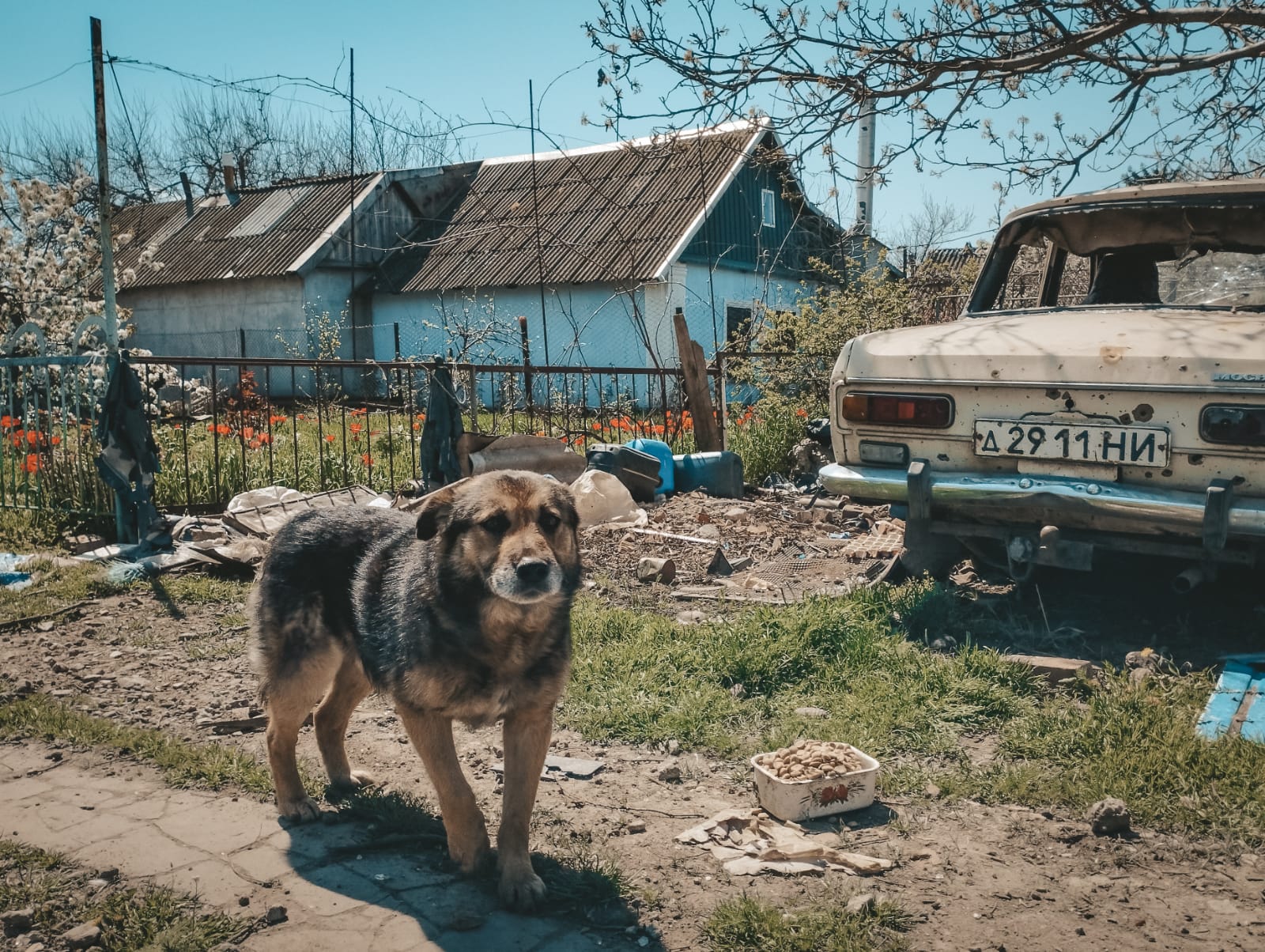 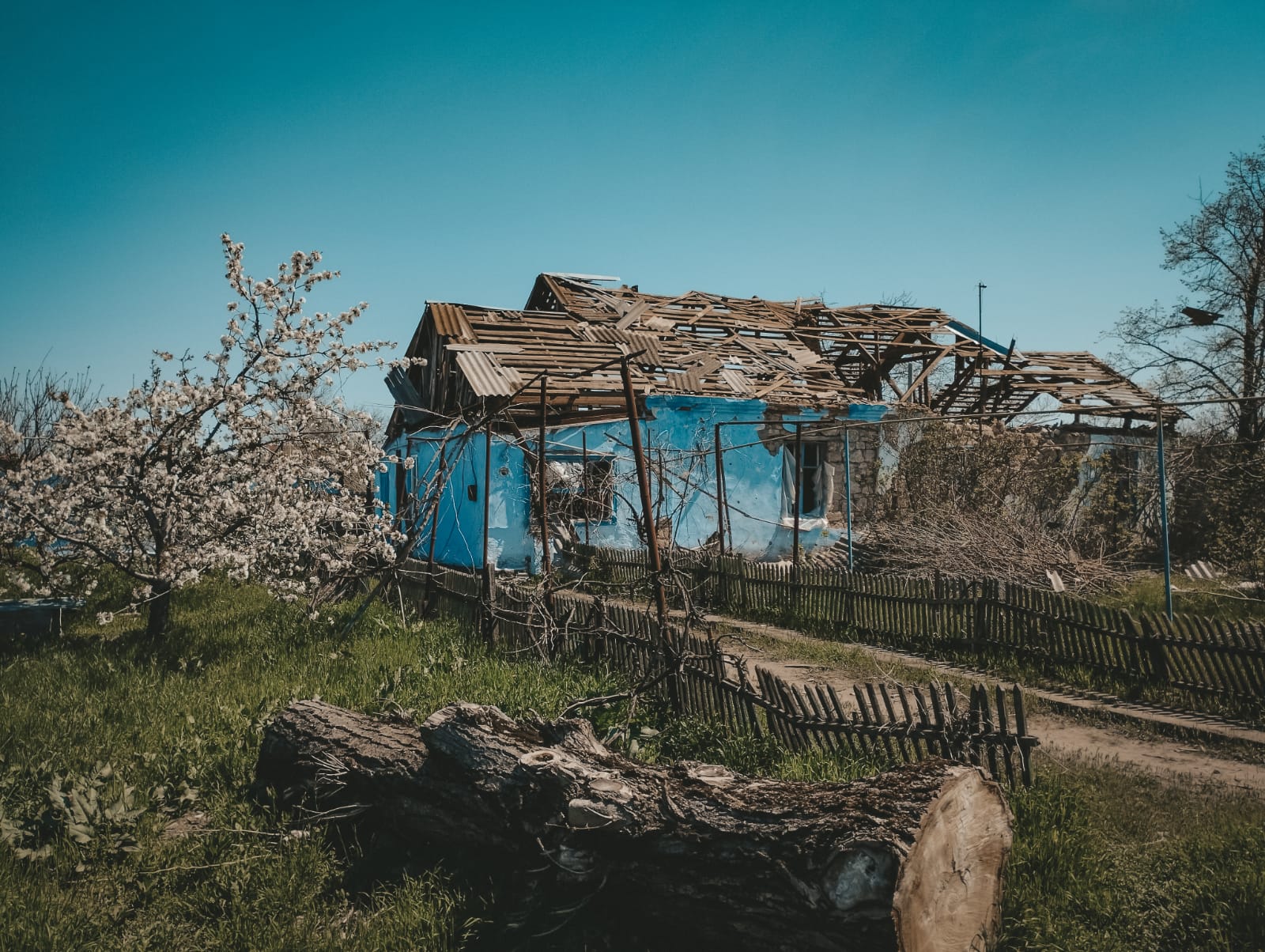 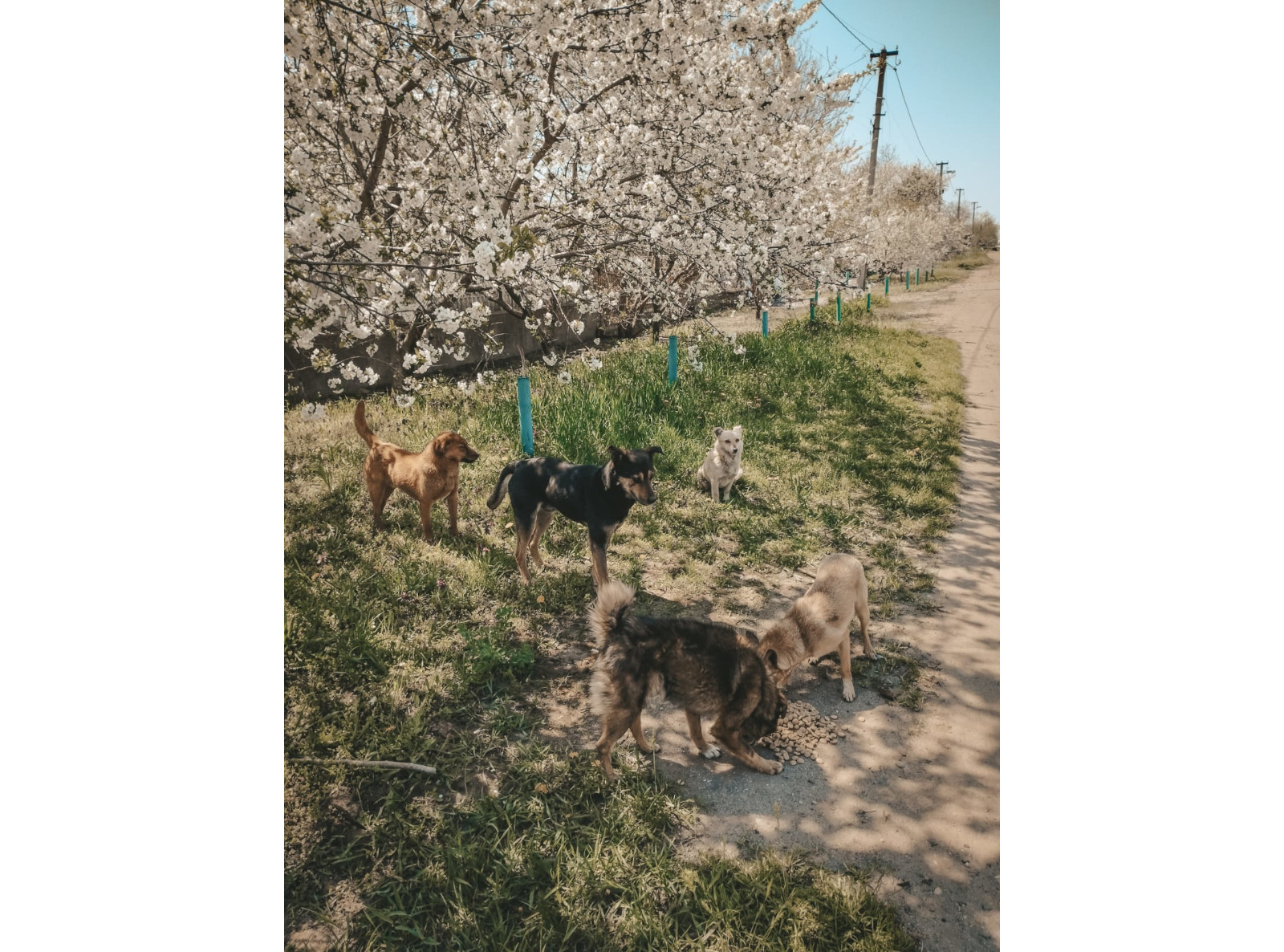 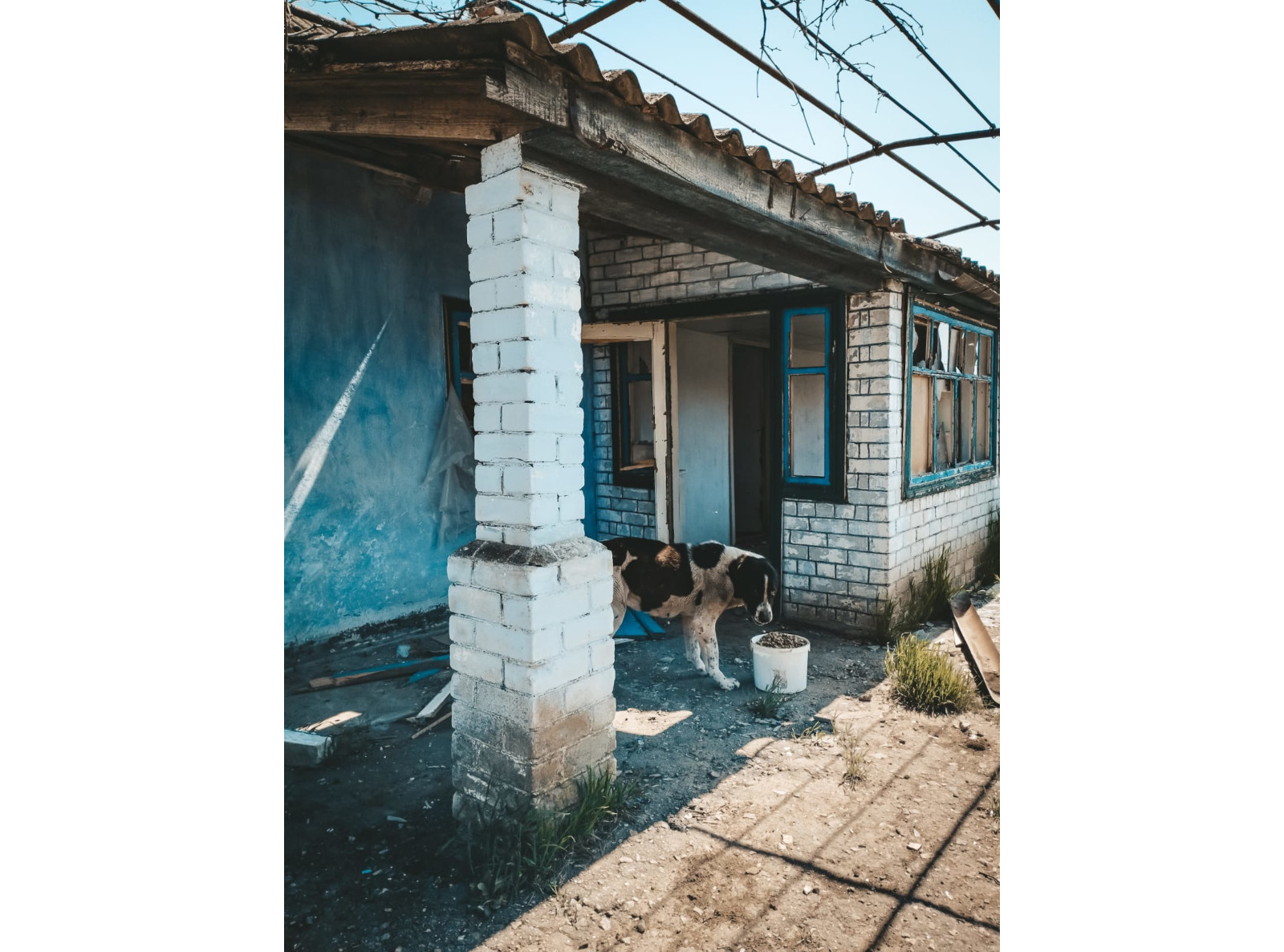 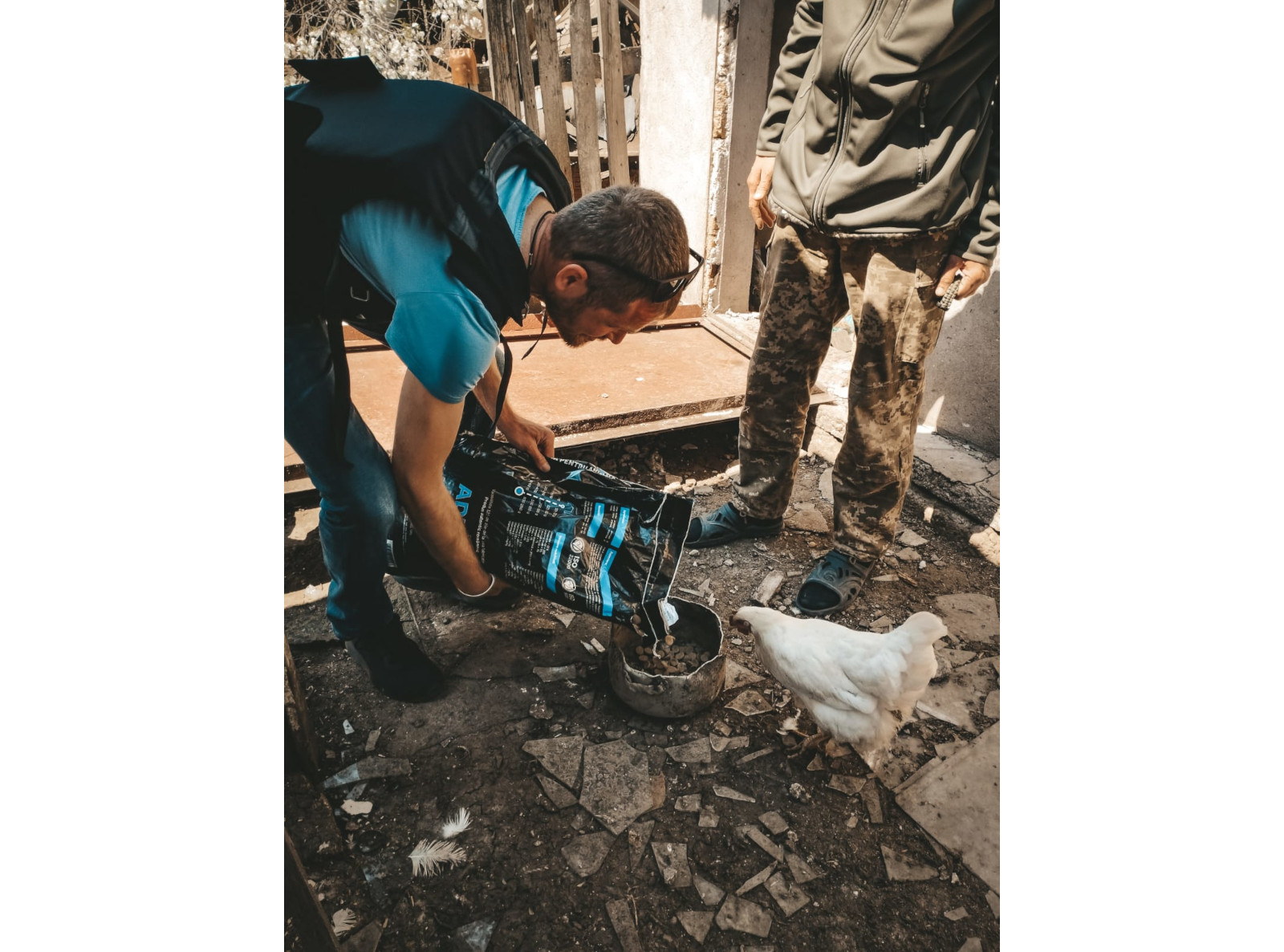 These are the words Giammarco wrote on his social media, after images of the devastation in the rural areas around Mykolaiv were shown on prime-time TV news.

Save the Dogs responded immediately to the journalist’s appeal. We contacted Tatiana, the young woman who had accompanied Giammarco to the destroyed villages and who belongs to a group of volunteers distributing the humanitarian aid that arrives at the official collection point in Mykolaiv. With her help, we were able to deliver 4 tons of food directly to the cats and dogs who have been left behind, as well as those that were already strays before the war started. Tatiana and the other onsite volunteers personally took care of the distribution, leaving food to be reallocated by the Ukrainian soldiers in areas she was not able to access for security reasons. Every month we will do everything in our power to send regular food supplies to this Ukrainian city, thanks to a support network that began with an Italian journalist and – with our intervention – has been able to reach hundreds of animals in one of the areas most tragically affected by the conflict.