Sara Turetta is the winner of the 2017 Clarissa Baldwin Award 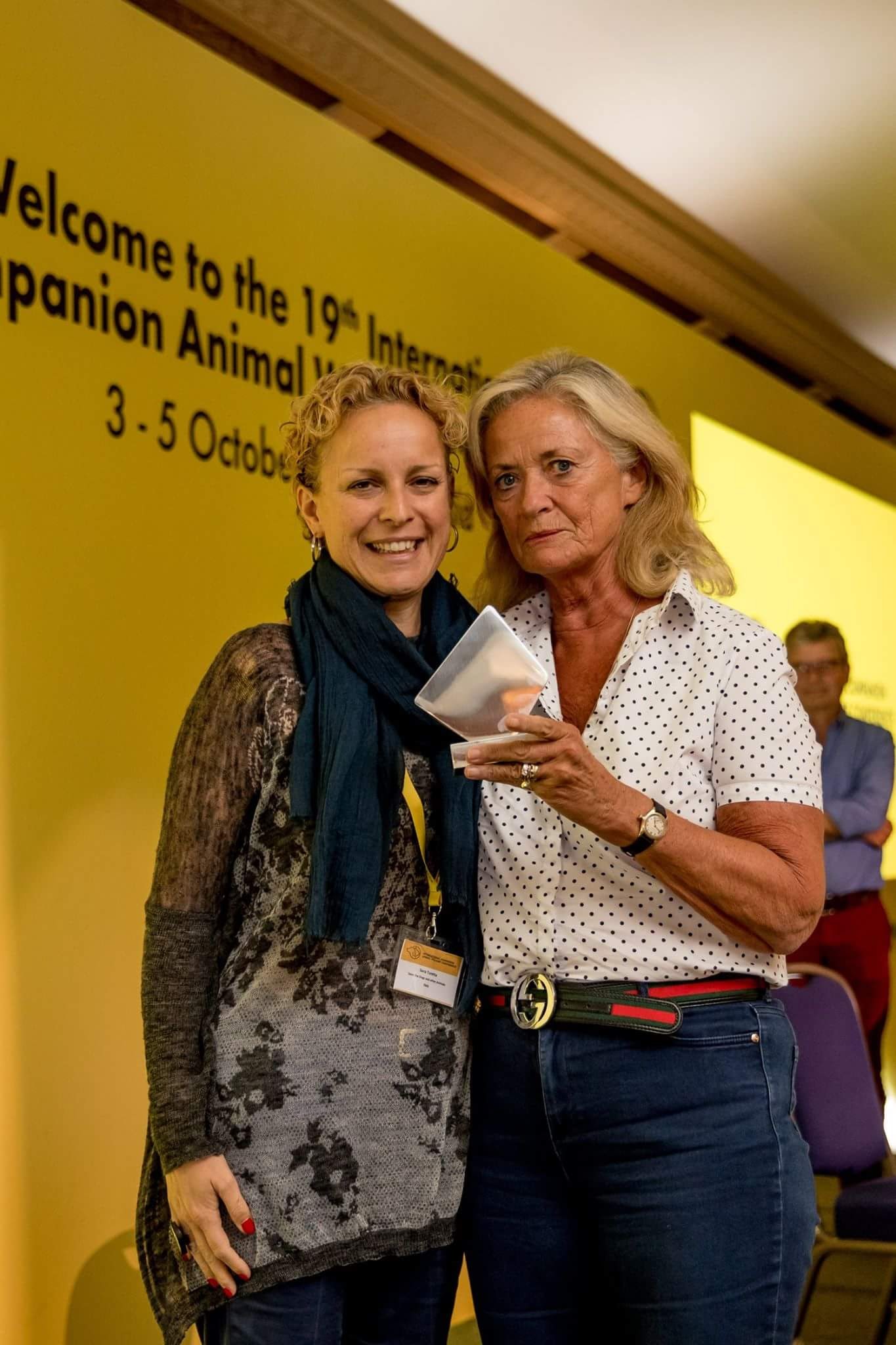 It is a prestigious award the one assigned to our President during the ICAWC, the annual conference organized by Dogs Trust which took place in Nicosia from the 3rd to the 5th of October. The “Clarissa Baldwin International Award for Excellence in Animal Welfare” is a reward, now at its third edition, that the British organization bestow to who distinguished for the commitment and the constant attention to the animals.

The prize was delivered to our President by Clarissa Baldwin herself, an important personality for animal rights defense in the UK and former Dogs Trust CEO. The award is a great honor which compensates Sara Turetta and Save the Dogs’ hard work during 2017. As a matter of facts, our President is in Romania to supervise the construction of the new veterinary clinic and the opening, scheduled the 27th of October.