The tragedy of the ghost towns in Ukraine 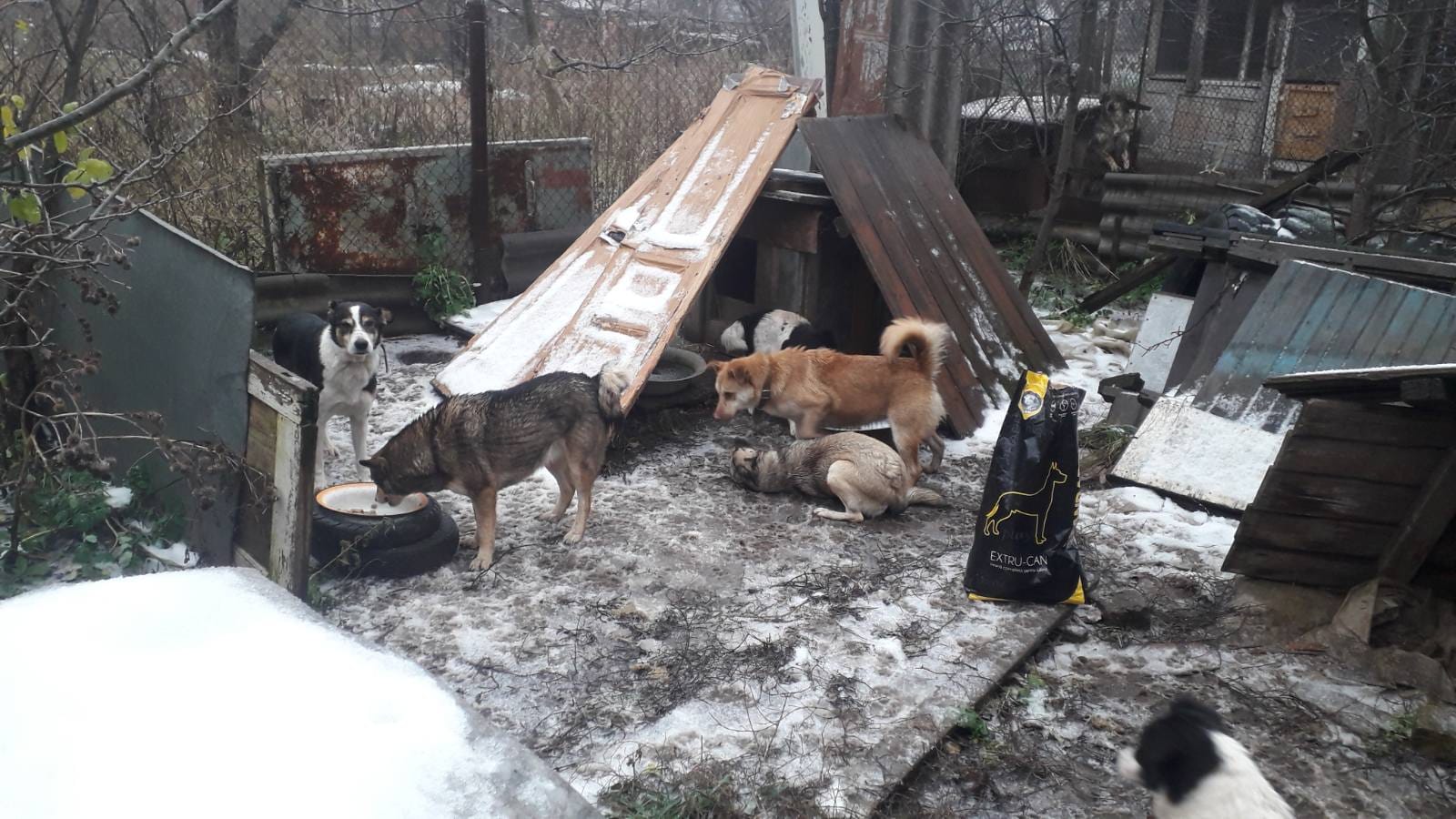 “We have made it to Shirokoye, a small village just three kilometers away from the Russian army. There’s nothing left here, except rubble. It’s a ghost town. The number of animals we have seen on the streets is staggering. They all look so terrified and are so emaciated. We need food for them. I am begging you from the bottom of my heart: please send us more supplies”.

This is the message we recently received from Anna, one of our partners in Ukraine. As a result of the bombardments, many towns have been evacuated and there is nothing to show for them now, except reminders of the life that once animated these streets.

“Everything has ground to a halt here. There used to be houses, schools and parks. Children would play in the streets and people went out to buy their bread every day. Now there is nothing left”, she wrote to us.

A small group of volunteers make their way silently between the buildings. Some are on foot, others use bicycles, while a few of them are more fortunate and can still rely on driving around an old van. They are all carrying large quantities of dog and cat food: they scour the ghost towns and feed as many animals as they can.

“There have always been a lot of stray animals in Ukraine”, we were told. “But before there used to be lots of us to take care of them. That was before the war changed everything”.

Week after week, they have been risking their lives to feed them. However, if during the summer the biggest problem was their numbers, during the winter months the main concern has become the arctic weather: in some parts of the country the temperature has dropped to -20 degrees Celsius, and the constant shelling causes power outages, leaving people and animals with no means of keeping warm.

“We constantly run out of water and electricity. It’s impossible to cook or bake anything”, they explained to us. “The strays have to cuddle up and sleep together in groups to stay warm. Scores of cats have taken refuge in cellars to protect themselves from the cold. But the shelling has shattered all the windows and nowhere is draught-free.”

Volunteers are scrambling as best they can to provide some shelter for the animals. Some have opened the gates of their backyards, to provide them with a little shelter and food. Others have built makeshift kennels out of boxes and plastic, using up bits of destroyed buildings.

“Some people have lost everything, including their own homes, but they still demonstrate their affection for animals”, we hear. “Many no longer have a place to live, so they have built refuges for themselves and their pets. During the night they huddle up together with them, trying to keep each other warm. It’s absolutely devastating.”

In response to this emergency situation, here at Save the Dogs we have stepped up our shipments of food and useful equipment. In the month of December alone, we have already dispatched five trucks to Kharkiv and Odessa, loaded up with insulated animal kennels, blankets, coats and, most importantly, quantities of food.

We strongly believe that helping animals also signifies helping people, which is clearly evident given the dozens of messages with requests for help we continue to receive every day. “In spite of everything that is going on, I feel grateful that we can feed all these stray animals.”, Lena wrote to us from Kharkiv. “If you can, please send us some pesticides too. The bugs are eating our dogs alive”, requested Vika, also from Kharkiv. “It’s heartbreaking to see how hungry they are and watch them get so skinny, and yet be helpless to do anything about it”, said Tetyana in Odessa. “We really need your help – your support gives us the strength we need to keep going”.